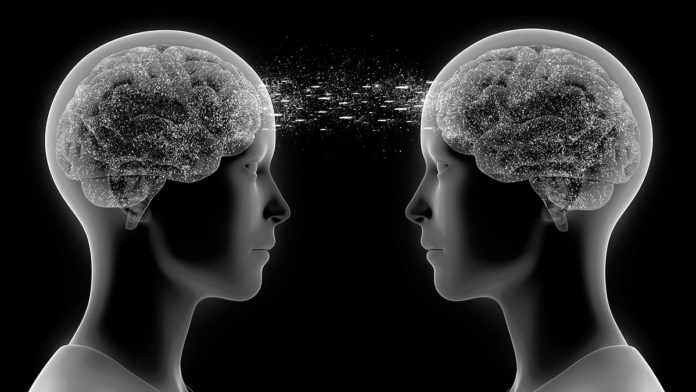 This paper was presented with minor changes at the 23rd IPSO European meeting: Free association which took place in Paris.

Contemporary psychoanalysis is known for its diversity and pluralism. There are many different schools that emphasize the different aspects of a psychoanalytic process. Carlo Strenger (1989) and Salman Akhtar (2000) divide the psychoanalytic schools into two large approaches – the classic and the romantic. (This division is not so different, for instance, from Mitchell’s and Greenberg’s division between drive and relational theories postulated in their well-known book Object Relations in Psychoanalytic Theory.) The romantic approach is specific by its emphasis on the importance of empathy and the patient’s strivings to reach full selfhood. Kohut, Ferenczi, and Winnicott, who are used to exemplify this vision, take the perspective where they seek for healthy striving behind the seemingly ill and perverse. The classic vision places the emphasis on rationality, objectivity, and insight. It is more skeptical in comparison to the romantic approach. The exponents of this approach are Freud, Klein, and Kernberg. Akhar claims that a philosophical progenitor of the classic approach is Immanuel Kant, and a progenitor of the romantic approach is Jean-Jacques Rousseau. Akhtar’s point is that Kant regards the reign of reason to be the essence of being human, on the other hand, Rosseau valued authenticity and spontaneity over logic and reason. The classic vision considers conflicts to be the fundament of psychopathology while the biggest countertransference risk in a clinical situation for the psychoanalysts who work closely with this approach is a judgemental and rejecting attitude. On the other hand, the romantic vision considers deficits to be the basic element of psychopathology and the biggest countertransference risk is an overidentification and rescue attempts. A famous polemic between Kernberg and Kohut on the nature of narcissism is a typical example of the clash between these approaches. Strenger in his paper The classic and the romantic vision in psychoanalysis excellently concluded that “The essence of the tension between the classic and the romantic attitude is ultimately the tension between identification with one’s own perspective and the detachment from it. It is the expression of the fact that as human beings we have the ability to experience ourselves from within and to reflect about ourselves from without.” (p. 606)

It is true that this extremely general (nevertheless, in my opinion, very interesting) division loses many details, which are parts of particular theories. However, it still serves for my purposes as a good example to illustrate the different attitudes used by analysts that tend to create a different quality of free association.

As it is already apparent, these approaches are not only a matter of abstract experience-distanced theories. They are expressed in the attitude of how analysts deal with their analysands in a clinical situation. It is also important to note that in a clinical situation these attitudes are not two isolated poles that exclude each other. Their relationship is a dialectical one. Every analyst oscillates between both of these attitudes. During a psychoanalytic process (or even during a single session), an analyst fluctates between more of an interpretive, skeptical attitude and the attitude that is more focused on empathetic interventions and identifications with the content of analysands free association. Needless to say, it is not only a matter of interventions but of the whole unconscious communication and transference-countertransference dynamics taking place between an analyst and analysand.

I agree with Fonagy (2003) and Sandler (1983) that there is a gap between the explicit theories that psychoanalysts claim they belong to and the implicit theories they use in clinical practice. This gap may be caused, for instance, by inevitable social pressure from the society to which a psychoanalyst belongs to. (This phenomenon is evident, for instance, on the tendencies to cite very different psychoanalytic authors in various world regions.) Nevertheless, theoretical models definitely influence our clinical styles. This problem can also be viewed from a reversed perspective. We use theoretical models that can “rationalize” our clinical way of work with analysands and make better sense of it. Most likely, the determination of implicit clinical theories and explicit theoretical orientations works both ways.

I think that an analyst’s general attitude is determined by many different aspects. It is a combination of their personality, training, experience, theory and clinical models that they themselves identify with. In accordance with concepts such as overdetermination or the principle of multiple function (in their broader sense), I think that all of these elements are inevitably interconnected. Altogether, they form a specific attitude with which an analyst views their patients.

This attitude meets the patient’s conflicts and personality and the specific type of relationship is established. This relationship is, as I already pointed out, a dynamic thing, which changes over time with the events that take place in psychoanalysis with a particular patient.

What exactly do I mean by the quality of free association? When I started to think about this paper I was in a dilemma over whether I should use the term “the quality of free association” in the “judgmental” meaning that some forms of free association are better (those closer to the potentially dangerous preconscious/unconscious content of the analysand’s mind) and some are worse (those more distanced to this content). The other option was to use it in a way that there are just different kinds of free association (without saying one of these forms is better than the other). Later, I realized that both of these perspectives can be both reconciled and therefore correct at the same time. Some free association can be considered to have more quality in the sense that it is closer to the content of the mind. However, speaking of its clinical usefulness, the more distanced free association does not have to have the necessary lesser quality. At least, there is a greater potential for connecting and symbolizing the less accessible content of the mind. And that is, of course, one of the main goals of psychoanalysis.

It is not easy (especially in psychoanalysis, which is focused on a single case) to talk about average tendencies connected with a specific approach. Notwithstanding, in the analyst’s attitude closer to what Strenger called the classic approach, I presuppose patients are more likely to be influenced by anxiety. An analysand is (unconsciously) hiding themselves from a perceived critical parent who will reveal the content that they do not want to know on the conscious level. Psychoanalysts and their interventions are perceived to be potentially dangerous. A possible threat come at any time during the session. It is no coincidence that these approaches usually place the emphasis developmentally earlier and on more primitive types of experiences.

The other approach is typical by analyst’s strong identification with a patient and their content of the mind. With a non-critical attitude, the analyst is able to create a relationship in which a patient tends to be seemingly open about the content of their mind. If everything goes well, an analysand slowly moves themselves in the secure environment closer to the repressed content of the analysand’s mind with a minimum usage of deep “intrusive” interpretations employed by analysts, the self is slowly more integrated and the analysand’s joy in life is increased by enhanced authenticity. Notwithstanding, an analyst as a result of overidentification may be “seduced” to not challenge the content of free association when it would be usually considered appropriate.[1]

The main point that I wanted to make with this paper is that there is no such thing as a non-contextualized free association (created by what Stolorow and Atwood (2013) ironically called “isolated mind”). Different attitudes based on these approaches tend to form different relationships with a patient and therefore a different quality of free association. I propose that in general, the classic approach makes more often an analysand avoid talking about specific potentially dangerous topics. The more romantic approach makes more often a patient to talk more freely about what is on their mind, however, the possibility of challenging this content could be restricted. This division is a a sorf of simplification, nevertheless, it is fruitful to reflect on these attitudes in our clinical practices. However, it is, in my opinion, impossible to say which of them is in general terms clinically more useful.

[1]The technique linked with the classic approach is in the psychoanalytical literature (McWilliams, 2011) usually recommended for individuals with on the neurotic level of organization while the technique linked with romantic approach is recommended for individuals without the symbolizing abillity on the borderline or psychotic level of organization. Nevertheless, the authors of the romantic tradion do not seem to be linked only with this level of pathology. It does not have to be only the matter of the level of personality pathology but also of the personality style in the particular level of organization. For instance, the interpretative attitude is suggested for an introjective depressive style of personality and more relationship oriented work for an anaclytic depressive style of personality (Blatt, 2008; Lingiardi, McWilliams, 2017).

Fonagy, P. (2003). Some complexities in the relationship of psychoanalytic theory to technique. The Psychoanalytic Quarterly, 72(1), 13-47.

Sandler, J. (1983). Reflections on some relations between psychoanalytic concepts and psychoanalytic practice. The International journal of psycho-analysis, 64, 35.

Strenger, C. (1989). The classic and the romantic vision in psychoanalysis. The International journal of psycho-analysis, 70, 593.