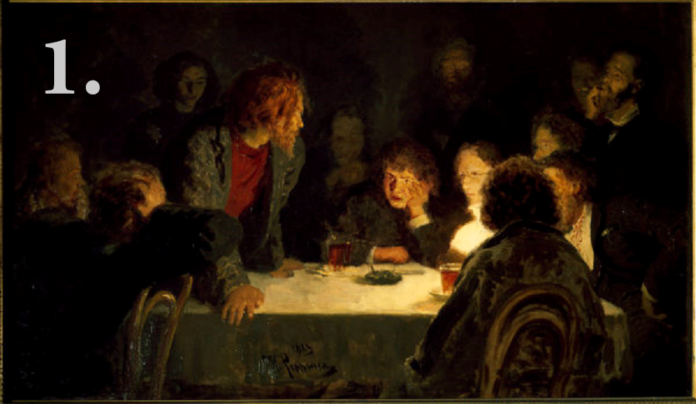 It is impossible to cover half a century of Prague underground psychoanalysis without mentioning several key moments in its development. We are a society with a history of many new beginnings and traumatic endings and with a persistent striving to build a stable external environment necessary for a prospering psychoanalysis. My paper is by generational experience: I am one of those who underwent an illegal training in the eighties and who started a psychoanalytic practice shortly after the fall of Communism. In the first half of this paper, I will cover some basic historical context of Prague psychoanalysis in its fifty years of existence under the Nazi and Communist regimes. In the second half, I would like to focus on several themes that are important in understanding its formation.

This paper was presented in April 2014 at The Sándor Ferenczi Centre in New York.

Prague lies in the middle of Europe, in a region historically inhabited by numerous small nations and language groups, not always friendly towards each other. For centuries, this geopolitically strategic region was attacked and controlled by various greater powers, from East to West. This territory, delimited by Prague in the Czech Republic, Vienna in Austria, Budapest in Hungary, Lvow in the Ukraine, and Krakow in Poland, was a place where nations lived in tension, uncertain of their safety (Kroutvor, 1990). They were frequently oppressed and from time to time also systematically eliminated. (This uncertain and dynamic existence is illustrated by today’s dramatic situation in the Ukraine.) Therefore, many fled the region and those who stayed received a piece of advice from their predecessors not to participate too much in the “great politics” defined by the oppressors. The “great politics” frequently led to authoritarianism and social violence.

Prague psychoanalysis managed to demonstrate a remarkable ability to survive long-term totalitarian oppression and maintain a – even if quite weak – continuity. Only a very few psychoanalytical entities that existed during Communism have lasted to the modern days. The Prague group thus represents a rare exception, even though it consisted of only a small number of people dedicated to psychoanalysis who sometimes struggled to maintain their relations. It is probable that this micro-group survived by limiting their focus almost exclusively on preserving its own existence. The determination to survive, idealized on its own, perhaps sometimes overruled any potential efforts to fight stagnation and progress freely.

Let me start with a short summary of the historical development of psychoanalysis before the fall of Communism. In comparison with our neighbors, Prague psychoanalysis only started evolving in the twenties and one of the persons standing by its cradle was Sándor Ferenczi who organized several seminars in Eastern Czechoslovakia. Like other great Czechs, Freud was not much understood in his home country. It is ironic that the people who contributed most to Czech psychoanalysis were not „true“ Czechs: they were often Jewish doctors and psychologists whose mother tongues were Hungarian, German, Slovak, or Russian. Some escaped to Prague from Nazi Germany, and some from Bolshevist Soviet Union. Psychoanalysis entered Czech consciousness through commentary in the media and literary criticism, and was often described as „a sphere in the Jewish mind, based in Vienna“ – something incompatible with the Czech way of thinking. The complaint about psychoanalysis was that it had come primarily from the German speaking circles from which the young Czechoslovakia was trying to distance itself vehemently, and that it was offering a universal theory questioning much of what was favored by the regime. Psychoanalysis brought about an unpopular concept of individual freedom which clashed in the country that preferred the concept of collective equality. From the larger group ofPrague psychoanalysts of the time, I will mention only two who have had a major influence on the formation and survival of the movement. The first figure is Otto Fenichel who had spent only three years in Prague in the thirties. His arrival signified the beginning of a short and hectic period of training and scientific activity strongly supported by Freud and the Viennese society. He also sparked a political discussion among leftist psychoanalysts, the so-called political Freudians, who were led by Fenichel. These political Freudians applied psychoanalytical concepts to the social sphere and believed in the controversial theory of eventual synthesis between psychoanalysis and Marxist historical materialism. In a way, Fenichel started the first underground activity within thepsychoanalytical group in Prague. He himself urged his colleagues to keep their discussions secret and destroy all records (Jacoby, 1983).

The second key protagonist was Teodor Dosužkov, Fenichel’s student and a Russian emigree to whom Fenichel turned after Austria was taken over by Germany in 1938. Fenichel’s demand was: „We can and must, at all costs, occupy ourselves with psychoanalysis.“ (Fischer, 1992, p. 39) In the end, Fenichel escaped to the United States and his departure marked the beginning of almost half a century of various struggles and regressions of Prague psychoanalysis. Dosužkov shortly became the lone psychoanalyst in the city – his colleagues either emigrated or perished in the Holocaust. This Russian emigree was clearly influenced by the charismatic Fenichel: he created a Prague underground psychoanalytical group which should be credited for enabling psychoanalysis to survive for half a century. He started “home seminars” to which he invited students when the Nazis closed Czech universities. Together they translated Freud’s banned books into Czech and organized analytical training. Immediately after the end of the war, Dosužkov planned to open a publishing house and teach psychoanalysis at the university. Two years later, however, a new totalitarian regime came to power – this time a Communist one – and all psychoanalytical publications were banned. According to the Marxist-Leninist regime, psychoanalysis was a bourgeois, decadent theory in opposition to Marxist materialism and it served as capitalist propaganda. Psychoanalysts were regarded as reactionaries to the new system. The press of the fifties described psychoanalysis in fiery words as a weapon of imperialism, and even Freud himself was branded as an enemy of the people and global progress (Fischer, 1992). During Communism, several of Freud’s writings were accessible inside libraries only by special permission. Thedictatorship prevented Czech psychoanalysts from communicating with their foreign colleagues, every correspondence was checked and the very practice of psychoanalysis was rendered illegal. The almost thirty Prague students of psychoanalysis had to decide either to continue with their psychoanalytic studies or to apply themselves to something else. Formany of them, psychoanalysis then became merely a secondary interest. Being occupied by their official jobs, even those who had remained loyal were only able to devote a small amount of time to psychoanalysis. This lasted for forty years.

Despite the isolation of Czechoslovakia due to closely monitored borders, some analysts managed to attend conferences abroad and maintained occasional contact with their colleagues in the IPA. In the sixties, during a time of relative political freedom, several foreign psychoanalysts visited Prague. They helped with the founding of a private psychoanalytical library which was created primarily thanks to outside donations. The progress of democracy peaked during the Prague Spring and ended with the invasion of the country by Soviet tanks in 1968. Tens of thousands of Czechs emigrated shortly after, and with them many of the psychoanalytical candidates. In the words of the Czech writer Josef Škvorecký, in those who stayed, the so called ‚normalization‘ revived „the fear of the noose and its more sophisticated, subtler and less bloody derivations“ (Škvorecký, 1986). The regime, afraid of the renewed political energy, forced people to lie and attempted to force them out from the public lives into their private ones. Peace at work, care for one’s family and “little home” became over-glorified values. Small groups and low ambitions were praised by propaganda. The country was portrayed as a peaceful place, secured in its stability by the invisible presence of Soviet tanks ready to invade the scene and restore order if needed. The propaganda also focused on women – mothers were presented as managers of families, maintaining order and preventing conflicts. For the vast of the population, the dilemma between „life in a lie or a lie in life“, as formulated by Václav Havel (1985), meant very little in their personal lives. Czechs, once again in their history, chose life in peace at home over engaging with „greater problems.“ The dissidents were perceived as suspicious and were mainly ignored by the public. Milan Kundera characterized this era in his expression „the unbearable lightness of being“ (Kundera, 2009). It was a period of relative safety, peace and fullness, but also of low-spiritedness, feelings of malaise and mutual hatred.

In the eighties, after Dosužkov and his two students who had become IPA training analysts passed away, there was no one left in Prague to organize psychoanalytic training. Nevertheless, psychoanalysis lived on. Several of their brave followers founded a small illegal group in which training continued without certification by the IPA. When the group became a Study Group of the IPA in 1993, it was for the third time in the history of Prague psychoanalysis. Hopefully, this third attempt would be final and successful. In 2004, we obtained the status of a regular IPA Psychoanalytic Society. Today, we are more than 30 members and approximately with the same number of candidates.

Here you find second part of the article.